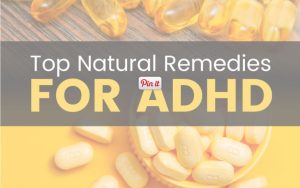 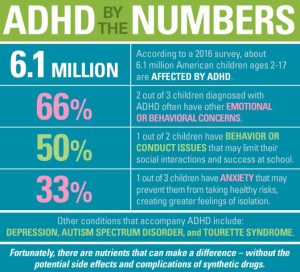 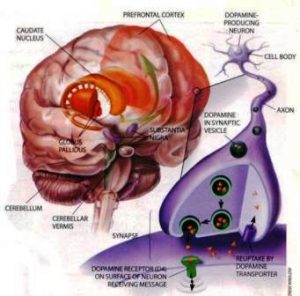 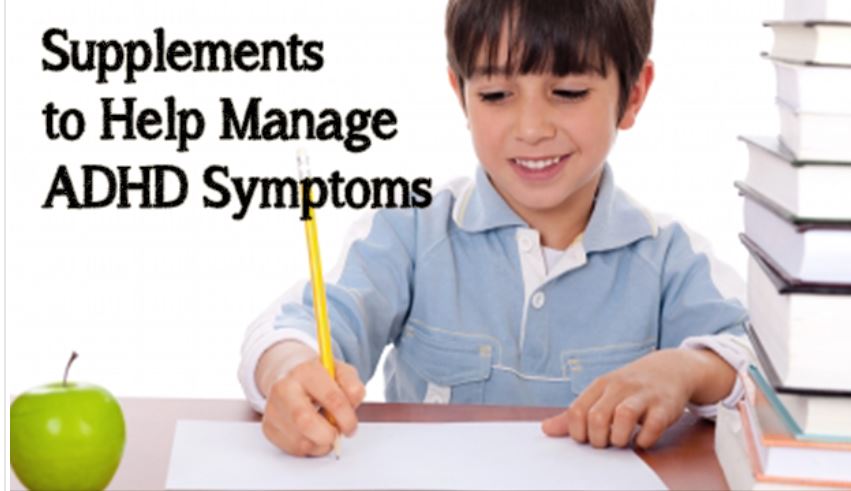 Core Protocol for Autism, Open Caps to make a smoothie

Norival one cap twice per day

BrainMAG  one scoop twice per day

BioLVR one cap twice per day

Power Methyl B12 one tab under tongue twice per day

Gamma E PLUS one softgel twice per day 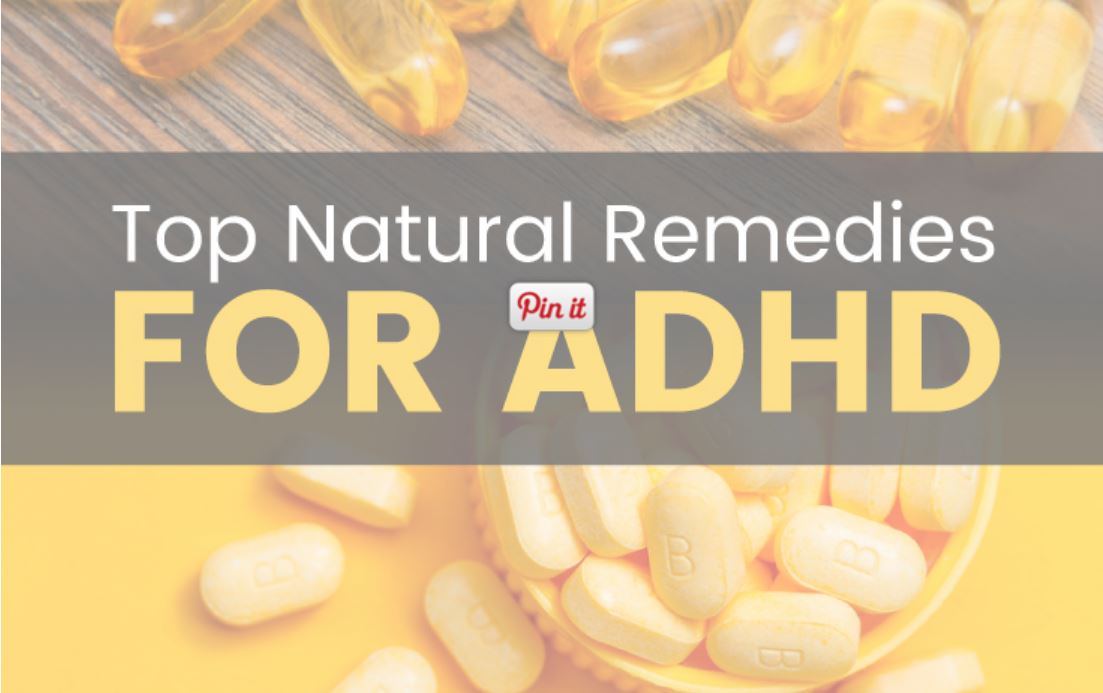 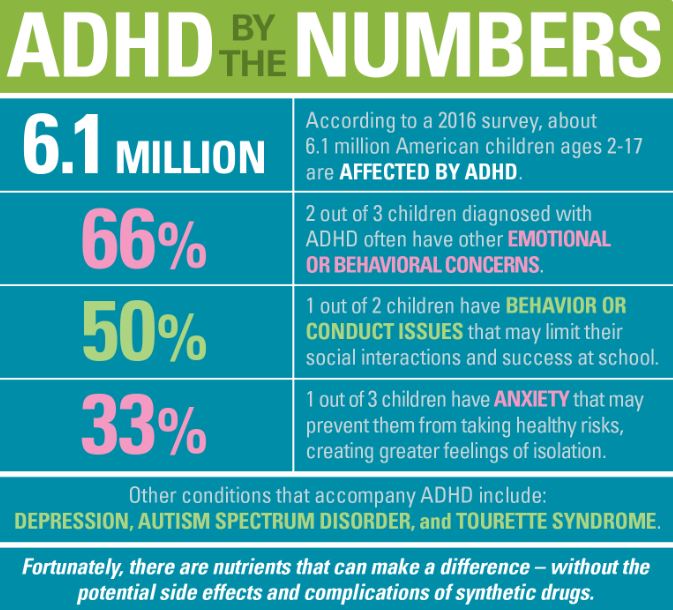 ADHD Brain: The Neurology of Inattention, Impulsivity, and Hyperactivity

What is Happening in the Brain of a Person with ADHD ?

Impulsivity, Hyperactivity, and Lack of Inhibition

The frontal lobes help us to pay attention to tasks, focus concentration, make good decisions, plan ahead, learn and remember what we have learned. The frontal lobes also help us to behave appropriately for a given situation. Emotional issues such as anger, frustration, and irritability that come on impulsively in some types of ADHD probably come from the pre-frontal cortex. The inhibitory mechanisms of the cortex keep us from being hyperactive, from saying things out of turn, and from getting mad at inappropriate times, for examples. These inhibitory mechanisms of the cortex help us to “inhibit” our behaviors. If you are researching the topic of the NEUROLOGY OF ADHD these books would be good resources for you to get and read.
It has been said that 70% of the brain is there to inhibit the other 30% of the brain.

When the inhibitory mechanisms of the brain aren’t working as efficiently as they ought , then we can see results of what are sometimes called “dis-inhibition disorders” such as impulsive behaviors, quick temper, poor decision making, hyperactivity, and so on. The limbic system is the base of our emotions and our highly vigilant look-out tower. If the limbic system is over-activated, a person might have wide mood swings, or quick temper outbursts. He might also be “over-aroused,” quick to startle, touching everything around him, hyper-vigilant. A normally functioning limbic system would provide for normal emotional changes, normal levels of energy, normal sleep routines, and normal levels of coping with stress. A dysfunctional limbic system results in problems with those areas. Attention Deficit Disorder might affect one, two, or all three of these areas, resulting in several different “styles” or “profiles” of children (and adults) with Attention Deficit Disorder.
Frontal Lobes and ADHD : Glutamate, Dopamine, Norepinephrine, and a2 Receptors

What is the relationship between dopamine, norepinephrine, and glutamate?

One-third of the neurotransmitters in the brain are glutamate, and brain research is now looking at the intricate relationships between glutamate, dopamine, and norepinephrine in the functioning of the pre-frontal cortex. Glutamine is the pre-curser of glutamate. Research is revealing that the glutamate network neurotransmissions from the pre-frontal cortex to other areas of the brain are enhanced by dopamine and norepinephrine. Too little dopamine or norepinephrine is a problem, and too much is a problem. And the importance of glutamate in PFC functioning is beginning to come to the forefront in research. Neuro-science is beginning to move away from seeing ADHD as just a problem with dopamine and/or norepinephrine, and is moving toward a better understanding of the brain as a network, and a network of relationships such as the relationship between dopamine, norepinephrine, the glutamate exitatory neurotransmitters which are about 30-35% of all neurotransmitters in the brain, and their relationship to ADHD. One leading researcher is Amy Arnsten, Ph.D., Arnsten Lab, Dept or Neurobiology at Yale University. According to its website, the Arnsten Lab “studies molecular influences on the higher cognitive functions of the prefrontal cortex (PFC), with the overarching goal of developing rational treatments for cognitive disorders and mental illness… Research has focused on how the catecholamines norepinephrine (NE) and dopamine (DA), powerfully and dynamically modulate PFC cognitive function and physiology through intracellular signaling mechanisms.” The lab helped Shire Pharmaceuticals in the development of Intuniv for ADHD treatment. The Arnsten Lab has been able show how the relationship between dopamine and norepinephrine and the ratios of dopamine to norepinephrine, can impact and improve cognitive functions such as focus, memory, and attention. Too much or too little of either neurotransmitter decrease cognitive functions, both in terms of the performance of brain cells, and in the real world. But when the ratios and relationships are just right, performance is improved. Their work, along with the work of many others, is often focused on the a2-receptor sites in the pre-frontal cortex. They have reported on the benefits of norepinephrine at these sites, and have also shown the benefits of stimulating these receptor sites with the medication guanfacine (intuniv) which increases glutamate production in the PFC. It appears that by doing this, guanfacine improves cognitive functioning in the pre-fronatl cortex. This is potentially exciting because Intuniv (guanfacine) is not a stimulant medication. But, speaking of stimulants, other research has shown that small doses of methylphenidate actually impact the effects of norepinephrine in the pre-frontal cortex more than it impacts the effects of dopamine in the PFC. This research has also shown that when the a2 receptors in the pre-fronatal cortex are blocked that the symptoms of ADHD can be created in a subject, including lack of self-control, impulsivity, and hyperactivity (Berridg et al, 2006)
Reticular Activating System and ADHD

The answer may be found with the Reticular Activating System.
The Attention Center

The Reticular Activating System is the attention center in the brain. It is the key to “turning on your brain,” and also seems to be the center of motivation. The Reticular Activating System is connected at its base to the spinal cord where it receives information projected directly from the ascending sensory tracts. The brain stem reticular formation runs all the way up to the mid-brain.

Some models that attempt to describe what is happening in the brains of people with Attention Deficit Hyperactivity Disorder suggest that several areas of the brain may be affected by the disorder. They include the frontal lobes, the inhibitory mechanisms of the cortex, the limbic system, and the reticular activating system. Each of these areas of the brain is associated with various functions. There are several areas of the brain potentially impacted, and there are several possible “types” of ADHD. Daniel Amen, a medical doctor using SPECT scans as identified six different types of ADHD, each with its own set of problems, and each different from the other “types.” In our practice we used five different “types” of ADHD, identifying each “type” with a character from the Winnie the Pooh stories (Pooh is inattentive, Tigger is hyperactive, Eeyore is depressive, and so on). We discuss in greater detail in the different types of ADHD section. The frontal lobes help us to pay attention to tasks, focus concentration, make good decisions, plan ahead, learn and remember what we have learned, and behave appropriately for the situation. The inhibitory mechanisms of the cortex keep us from being hyperactive, from saying things out of turn, and from getting mad at inappropriate times, for examples. They help us to “inhibit” our behaviors. It has been said that 70% of the brain is there to inhibit the other 30%. The limbic system is the base of our emotions and our highly vigilant look-out tower. If over-activated, a person might have wide mood swings, or quick temper outbursts. He might also be “over-aroused,” quick to startle, touching everything around him, hyper-vigilant. A normally functioning limbic system would provide for normal emotional changes, normal levels of energy, normal sleep routines, and normal levels of coping with stress. A dysfunctional limbic system results in problems with those areas. The Attention Deficit Hyperactivity Disorder might affect one, two, or all three of these areas, resulting in several different “styles” or “profiles” of children (and adults) with ADD ADHD.
Neurology of Attention Deficit Hyperactivity Disorder.
Impulsivity – Go and Stop in the ADHD Brain

New Research Offers Insight Into Cause Of Impulsivity in ADHD

We have often felt sorry for those impulsive children who blurt out the first thing that comes to their mind when asked a question, especially if they are about to get into trouble. As most parents know, that first thing that comes out as the answer is usually a lie. And then the child has to spend the rest of the hour covering up the lie, that both he and his parents know is a lie. This is a classic scene of a child with ADHD getting into trouble because of his impulsivity. As a remedy, we encourage parents to warn the child that they are about to be asked a very serious question, and that their honesty is absolutely required. And that the child is not to answer the question for 30 seconds after being asked, so that they can clearly think about what they want to answer and get it right the first time. This works. But it is not what this article is about…
Impulsivity in ADHD

Impulsivity in ADHD is seen in two ways: It seems that a person with impulsivity as a part of their ADHD has a normal ability to say “Go” at the neurological level, but their ability to say “No” or “Stop” comes just a fraction of a second slower. As a result, things are often done, or said, without much self-control practiced.
Vanderbilt Research on ADHD

There is some very interesting new research out of Vanderbilt University’s Center for Integrative and Cognitive Neuroscience that helps to explain impulsivity in ADHD. From their press release, here are the basics of the study: “We think of people who are impulsive as acting too quickly,” said Gordon Logan, one of the researchers. “Kids with ADHD are actually slower on the ‘go’ task than the control kids. It’s not that they go too quickly; they stop too slowly.” “The research provides new insights into how the brain controls movements, which helps explain the impulsivity of people with attention deficit and hyperactivity disorder,” according to study co-author Jeffrey Schall, E. Bronson Professor of Neuroscience. “It also shows how mathematical models can be used to discover how the brain produces thought and action.” Read about the new Vanderbilt Study on Impulsivity See our collection of ADHD Research articles, or read the articles below to learn more about the ADHD brain and the neurology of attention deficit hyperactivity disorder.
Reticular Activating System and ADHD
ADHD Causes
Impulsivity – Go and Stop in the ADHD Brain
Reticular Activating System and ADHD
Frontal Lobes
Inhibitory Mechanisms of the Cortex
Limbic System
Reticular Activating System
What causes these various systems of the brain to get out of balance with Attention Deficit Hyperactivity Disorder individuals?
Why would these systems become under aroused or over aroused?
Is there one central system that controls or regulates these other systems?
either doing or saying something without thinking first; or
not saying “no” to yourself, inhibiting yourself, when you ought to do so.