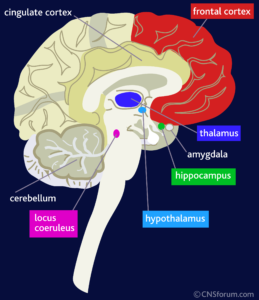 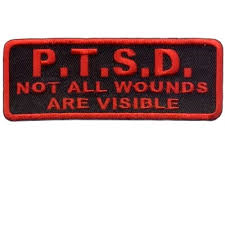 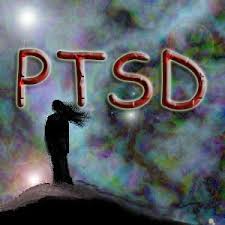 “PTSD is characterised by traumatic memories that seem different from other kinds of memories. Such memories continue for many decades, they are easily triggered, and their affect-laden quality can make them difficult to translate into words. Memory in PTSD patients is also characterised by different kinds of impairment, including not being able to remember aspects of the trauma and fragmentation of memories. These clinical symptoms are entirely consistent with current evidence of dysfunction in the amygdala and hippocampus – which are important structures in the “emotional memory system” of the brain.” 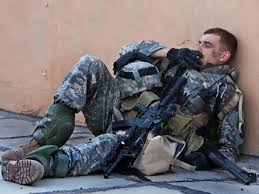 Psychological problems are not only limited to schizophrenia, alcoholism or drug addiction. There are also problems like obsessive-compulsive conditions or even anxiety problems. one of the most common anxiety problem is the post traumatic stress disorder. This is a type of anxiety disorder that happens due to witnessing a traumatic event that poses threat to the person. some of these incidents are life-threatening and patients suffer a lot from it psychologically. So when a person is exposed to these problems, Post traumatic stress disorder symptoms (PTSD symptoms) should be noted and professional help should be sought. This condition was not formally recognized until in 1980 where before that, in battles where soldiers experience heavy anxiety and nightmares, PTSD or post traumatic stress disorder is called many things. In World War I, soldiers called this as “soldiers heart” and eventually called as “combat fatigue”. In World War II, this is coined as “gross stress reaction” and during the Vietnam war where soldiers are deployed, they call this as “post-Vietnam syndrome.”

Source – cnsforum According to statistics, about 5 million Americans are suffering from this problem wherein women are more likely to suffer from these then men. There are about seven to eight percent of Americans who suffers from this problem when they are sent to war or combats. In women or rape victims, the incidence is higher at 10 to about 30% in total. In children and teenagers, 30 to 60% of children who have been exposed to harsh situations or if they have seen a parent or somebody else killed in real life can lead to PTSD. In high school post traumatic stress disorder can happen too but only about three to six percent of them are affected. Although violent scenes are rampant on television, it can happen in real life too. What is worse, this leads to post traumatic stress disorder and the fear of recuperation is highly likely. PTSD are caused when an intense emotional and physical circumstance happens like being a kidnap victim and tortured; being a rape victim in women; when soldiers are exposed to war and deadly combats. The sight of seeing someone die in front of you is not just unforgettable but causes nightmare. Even contact with natural disaster where the life is threatened or robbery, physical assault and sexual harassment can lead to this problem. As a result, men women or children that have PSTD cannot sleep well at night or even have nightmares. They also experience flashbacks of what happen and even a small bang on the door or the leaves swinging can trigger them to be sad or have angry outburst. They don’t want to be left alone since they feel that it can happen again.

According to studies, most people encounter short-term symptoms of PTSD. Usually, it is in the form of numbness, feeling of fear without any valid reason to be afraid, having episodes of a bad dream, and always thinking what happened in the past. Though these may be short term or may only be felt in a couple of days, these should be reported to the doctor.
Post Traumatic Stress Disorder in Women

Anybody can be faced with this problem. Post traumatic stress disorder symptoms in all kinds of age groups seem to be the same. since most of the time, girls can have this condition, post traumatic stress disorder symptoms (PTSD) in women may include intrusion. Intrusion is where they have flashbacks of the experienced trauma. Women have vivid flashbacks of what happened on that day and even emotions and details can be remembered. Nightmares can also be observed in a person with PTSD. Aside from that, these people have fear or certain phobia in the places wherein it reminds them of the event. When exposed to the phobia, they will feel numb or anxious or they may not exhibit any emotional response to whatever they saw. Hyperarousal can also happen. This means that a person will have difficulty sleeping or gets angry or irritated easily. They may have concentration problems or difficulty in remembering things.
PTSD Symptoms in Children

The PTSD symptoms in children may last from months to years and even until they grow old especially when the problem is not resolved right away. a child may exhibit the following like worrying about death at a very young age, headaches and stomachaches, problems with concentration, showing alertness of vigilance in the environment, repeating actions that reminds them of the trauma, being too clingy or thumbsucking, showing irritability and having angry outburst, showing sudden and extreme emotional reactions to certain issues.

PTSD symptoms in teenagers can be distinguished when the person does not want to participate in certain activities. They also exhibit emotional deadness and they seem distant to other people like their classmates and only has a few friends. They fail to make plans for the future. In children, all these may also be felt or exhibited. PTSD symptoms in children may include crying in the middle of the night because they have woken up from bad dreams. When they play with others, the theme they have is more on violence rather than what a normal child would opt to play.
Post traumatic Stress Disorder Symptoms in Soldiers

On the other hand, in solders, Post traumatic stress disorder happens in 1 out of 8 soldiers coming home from war. According to experts,PTSD symptoms in soldiers would include persistent avoidance of conversation, thoughts, activities and others. These people are detached and seem to have a flat affect on what is going on in the surroundings. They are also hypervigilant wherein they always look out for possible danger in the environment. They felt disturbed even when sleeping which causes them to have angry outburst and easily gets irritated
Post Traumatic Stress Disorder Symptoms Checklist

Before finally diagnosing PTSD by its symptoms, checklists are used. There are 3 different checklists to know the condition depending if the person is a civilian or a soldier. The PTSD checklist for civilian is the PCL-C wherein the psychologist will check the symptoms applicable and felt by an ordinary person. this checklist can be used by any person as long as he or she is a civilian. The next type is the PCL-M wherein questions are based on military experiences. Lastly, the PCL-S is used to ask the symptoms for a person with specific conditions like rape or kidnapped victim. Other than the checklist, there are also medical tests that are conducted like sweat gland activity, measuring the heart rate and even check-up for general condition if head trauma is likely to happen. Electromyography is also done since psychologists want to examine the brain activity for a person being tested with post traumatic stress disorder. Specifically, psychologists also undergo different studies and case reviews before diagnosing PTSD becacuse there are other psychological factors to be considered. Sometimes, OCD or obsessive-compulsive disorder can be linked with this problem along with other psychological conditions.
PTSD Symptoms DSM

When diagnosing PTSD, psychologists refer to the DSM-IV-TR manual. PTSD dsm offers valuable input on how to diagnose a person with post traumatic stress disorder. Since most of the symptoms are non-medical, PSTD checklists are made in order for experts to categorize the problem. there are 3 types of PTSD: the acute PTSD wherein the symptoms are shown in less than 3 months; chronic of the duration of symptoms are more than 3 months and with delayed onset wherein the specific signs and symptoms have shown in about 6 months since the traumatic experience happened.