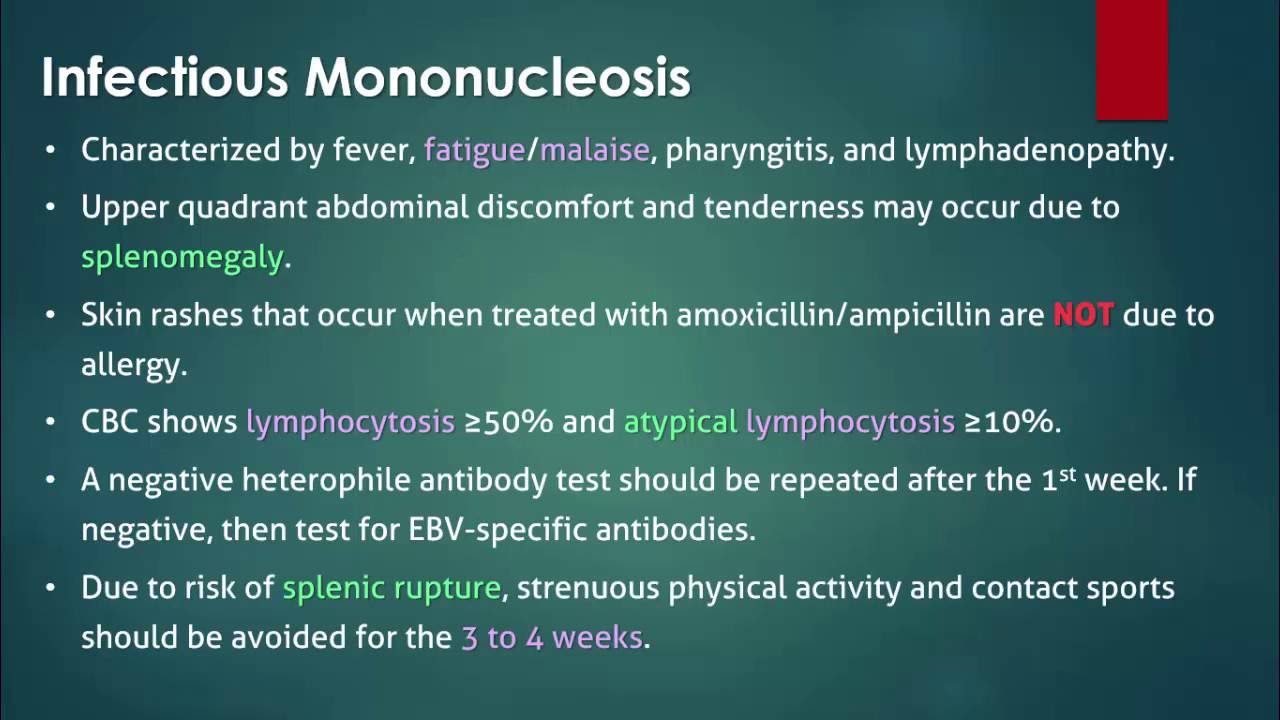 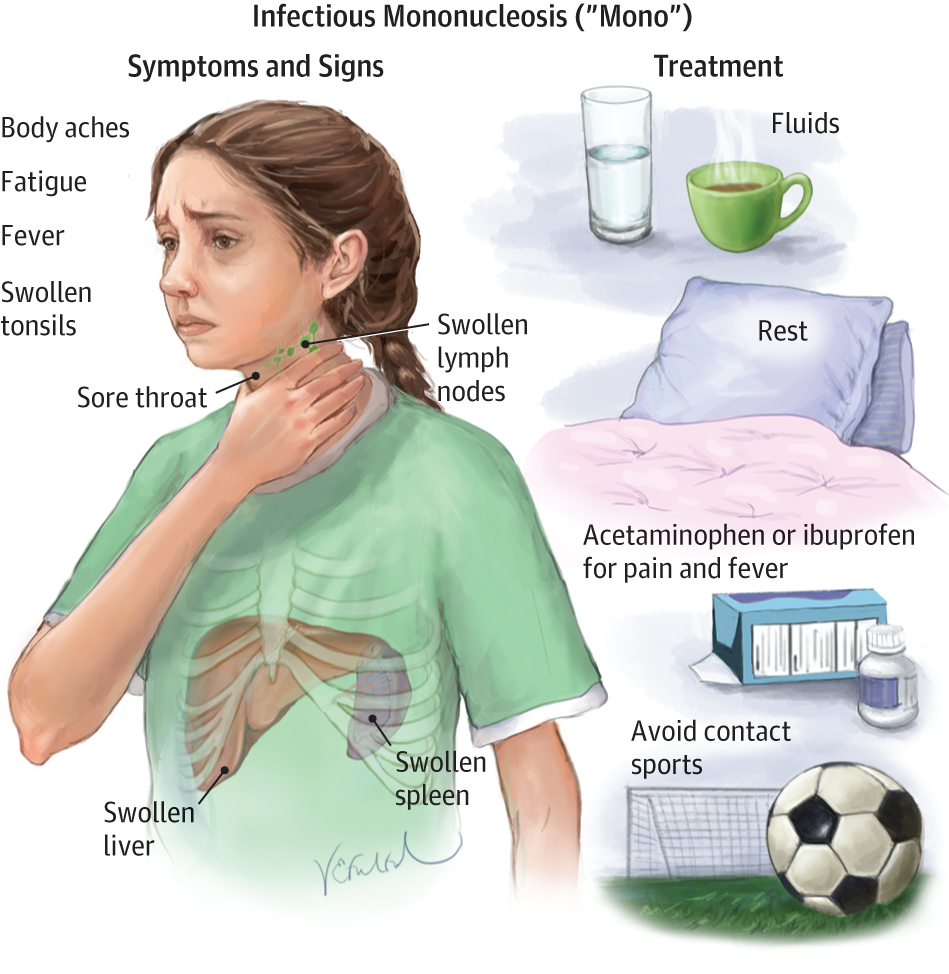 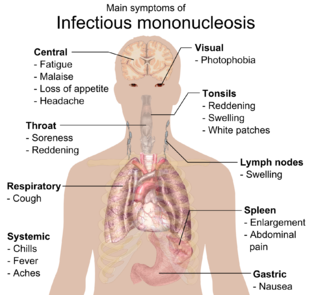 Infectious mononucleosis (IM; also known as mono, glandular fever,Pfeiffer’s disease, Filatov’s disease,[1] and sometimes colloquially as thekissing disease (from its oral transmission) is an infectious, widespreadviral disease caused by the Epstein–Barr virus (EBV), one type of herpes virus, against which over 90% of adults are likely to have acquired immunityby the age of 40.[2][3] Occasionally, the symptoms can recur at a later period.[2] Most people are exposed to the virus as children, when the disease produces no noticeable or only flu-like symptoms. In developing countries, people are exposed to the virus in early childhood more often than in developed countries. As a result, the disease in its observable form is more common in developed countries. It is most common among adolescents and young adults.

Especially in adolescents and young adults, the disease is characterized byfever, sore throat and fatigue, along with several other possible signs and symptoms. It is primarily diagnosed by observation of symptoms, but suspicion can be confirmed by several diagnostic tests. It is generally a self-limiting disease, and little treatment is normally required. 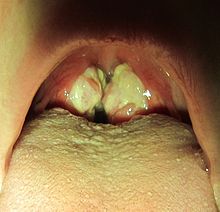