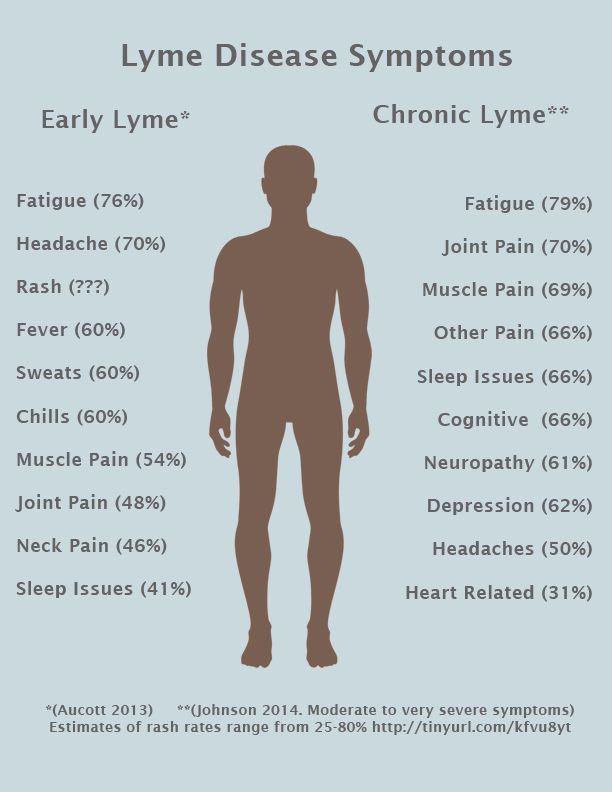 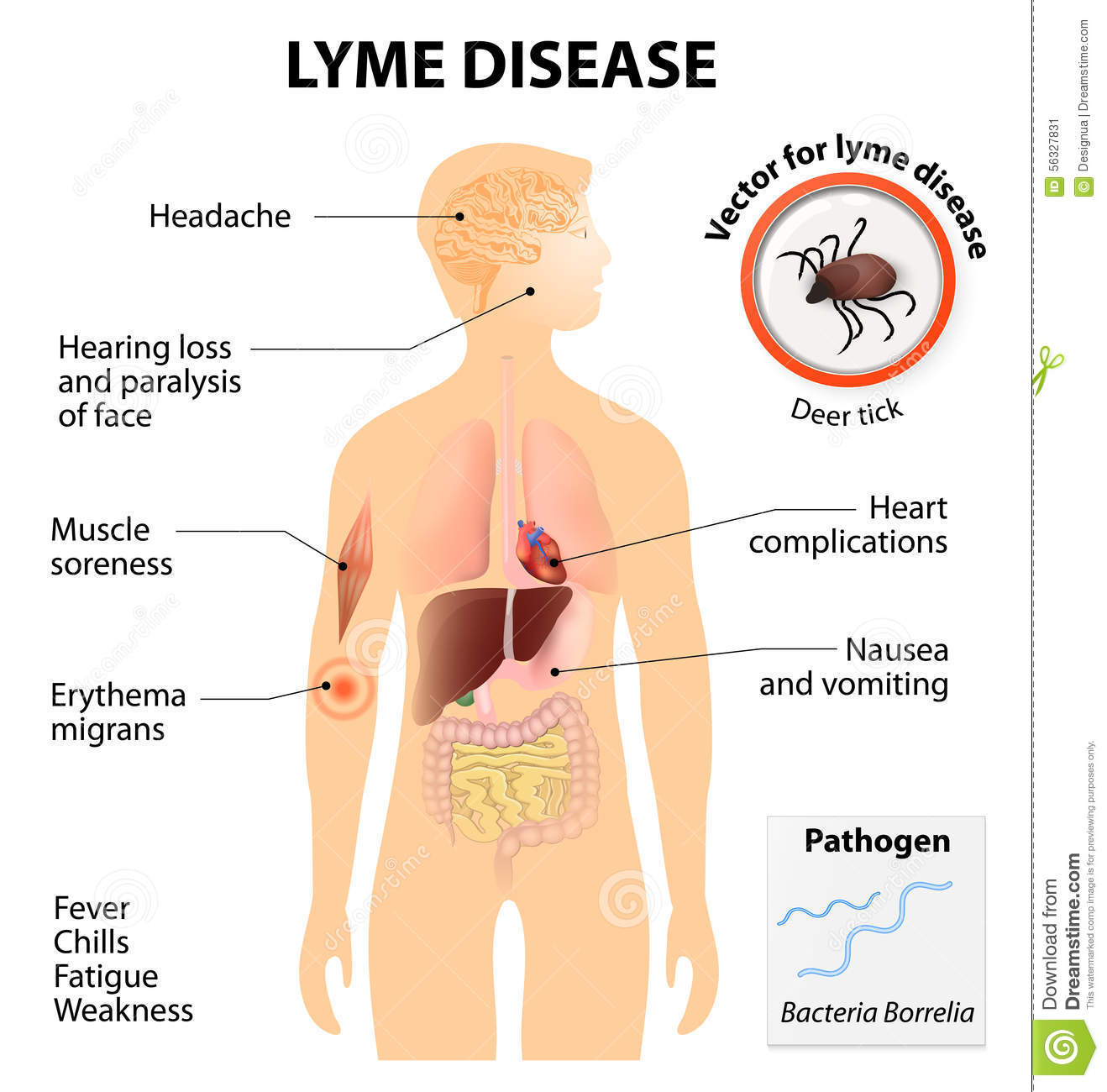 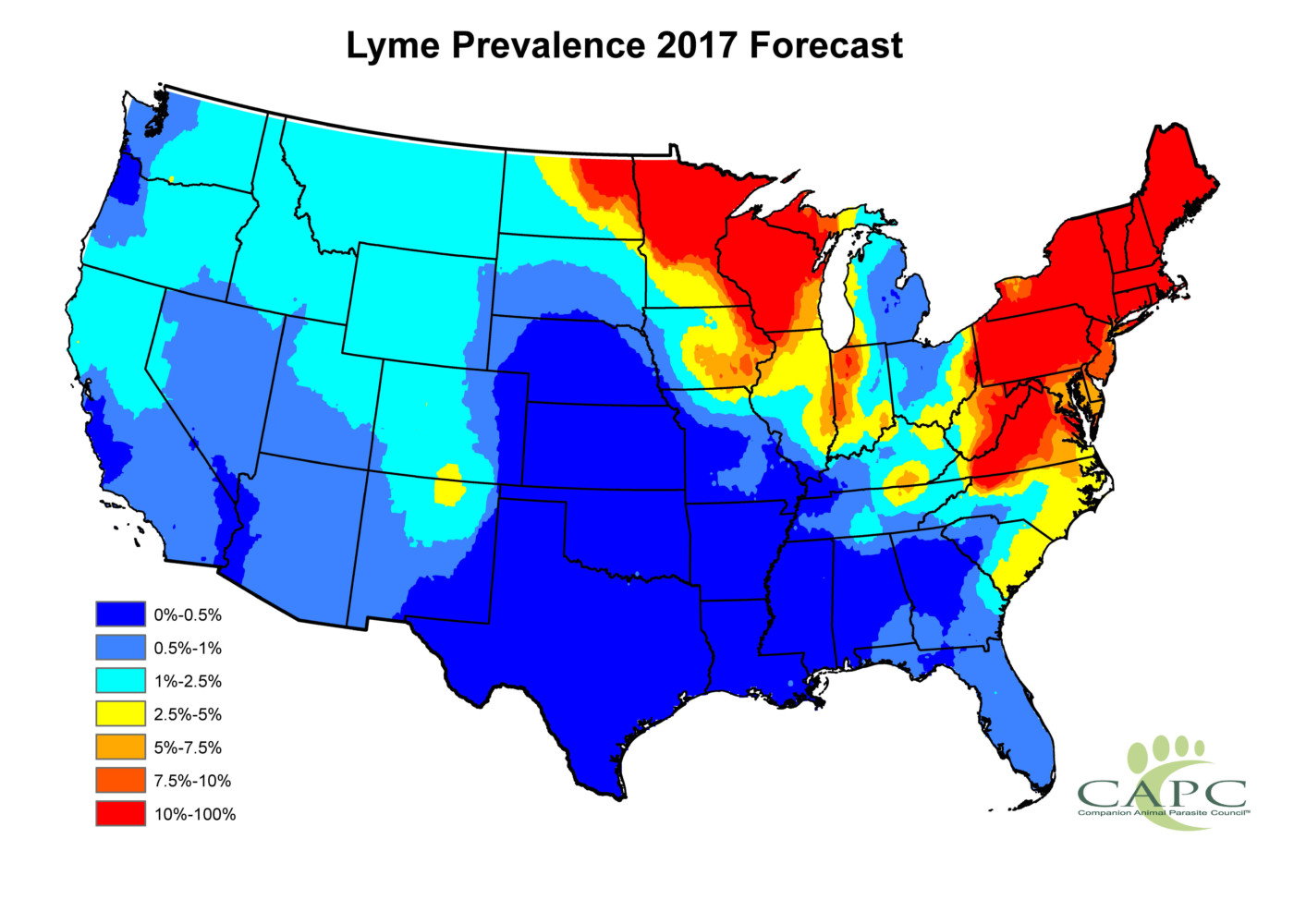 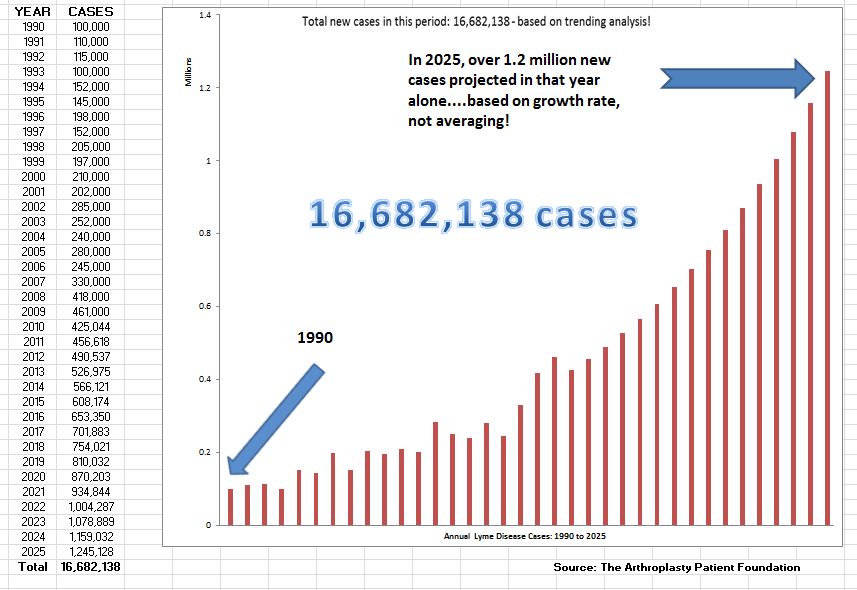 Cognition Plus
Cell Defense Plus

When going out with your family for a walk or for a barbecue in the garden or you’d like to spend some time in the forest, put on you a t-shirt with long sleeves, trousers that covers your feet and also, don’t wear sandals or any other pair of shoes which doesn’t cover your feet. But, if the solution with prevention, didn’t worked in your case and now you suffer of symptoms of  Lyme disease: chills, fatigue, headache, muscle cramps, you should go to a medic urgently, otherwise the symptoms of this disease will get worst.

Talking about the evolution of this illness, the symptoms can get very bad even that nobody would think that a deer bite can produce so much pain. Loosing your memory is the worst symptom of Lyme disease which won’t be late in appearing, especially if you don’t call a doctor to consult you and give you a specialized treatment. There are few cases in which the disease disappeared without a treatment, but left untreated, the infection spreads to other parts of the body in a few weeks, causing a variety of symptoms:

Signs and Symptoms of Lyme Disease:
> Chills
> Fever
> Lethargy
> Muscle Problems
> Classic “bulls eye” rash – may occur in up to 60% of patients, which occurs 1-30 days after being bitten; often called erythema migrans, because of the exapanding nature of this rash Later on in the pathology, you might experience:
> Neurological problems such as weakness or mental deterioration (loss of concentration, inability to think clearly, unable to recall memory)
> Vast itching
> Unusual behavior
> Stiff neck (similar to seen in meningitis, therefore this is a good rule out condition)
> Joint pain
> Intermittent blindness
> Irregular heart beats or other cardiomyopathies
> Autoimmune conditions (since the antibodies made by the immune system against the spirochete have similar antigenicity to some proteins in the body, resulting in the body attacking itself) Laboratory (Antibody) Tests To be Performed: BEST TEST – BOWEN TEST FOR LYME DISEASE
> ELISA for Lyme disease
> Western blot to confirm

Symptoms of Lyme Disease Not all individuals with Lyme disease will have all symptoms, and many of the symptoms can occur with other diseases as well. It is important that you consult your health care provider for proper diagnosis. Circular rash, this is the first sign of infection. 70-80% of infected persons will have this rash after 3-30 days of tick bite. Rash will expand for several day reaching up to 12 inch diameter, Center of rash may become clear as it enlarges, causing a bulls- eye appearance. It may be warm but usually is not painfulSome people may develop additional rashes in other areas of their body after several days  Infected individuals also expertise symptoms of fatigue, chills, fever, headache, and muscle and joint aches and swollen lymph nodes. In some cases these may be the only symptoms of the infection  Untreated, the infection may spread to other parts of the body within a short time to include symptoms of loss of muscle tone on one or both sides of the face, severe headaches and neck stiffness due to meningitis, shooting pains that may interfere with sleep, heart palpitations and dizziness due to  changes in heartbeat  After several months untreated about 60% of people infected will begin to have intermittent bouts of arthritis, with severe joint pain and swelling, especially of the knees   5% of untreated individuals may develop chronic neurological complaints for months or years after infection, including shooting pains, numbness or tingling of the hands or feet and problems concentrating and short memory

TESTING PROTOCOLS:
The two most common Lyme disease test are the Western blot and the enzyme-linked immunosorbent assay (ELISA test).  Recommendations from the Centers for Disease Control (CDC) are to perform the ELISA test first, as this is more sensitive, and then follow up with a Western blot if a positive or indeterminate result arises.  The specific antibodies tested will depend on the timing of the test after suspected infection and the location of the patient, with US patients and European patients most likely infected with different types of Borrelia bacteria and not, therefore, necessarily creating antibodies of a similar nature.  Where a patient has recently travelled to a Lyme endemic area it is important that the tests are also run against region-specific epitopes rather than simply local Borrelia strains.  The Western blot is thought to be around 95% accurate for detecting IgM antibodies in early cases of Lyme disease, with the ELISA test about 70% sensitive.  In combination, the two tests have a sensitivity of around 64% although this is higher for patients with signs of disseminated Lyme disease such as arthritis in the neck and back or other joints.

There is no single Lyme disease test, which can make diagnosis of this disease difficult in many cases.  Several types of Lyme disease test exist, some of which are of dubious accuracy and are not recommended as the basis for diagnosis or treatment.  Those tests for Lyme disease which are most widely used are called serologies as they test the blood (serum) of patients for specific antibodies to the Borrelia bacteria that cause Lyme disease infection.  Such tests cannot currently differentiate between present active infection and previous exposure to the bacteria and cannot be relied upon for diagnosis in the absence of symptoms of Lyme disease.  Where testing occurs shortly after a tick bite it may come back negative as the body requires time to build up detectable levels of antibodies.  Serological testing can however be helpful in later stages of Lyme disease.