Hepatitis C and B 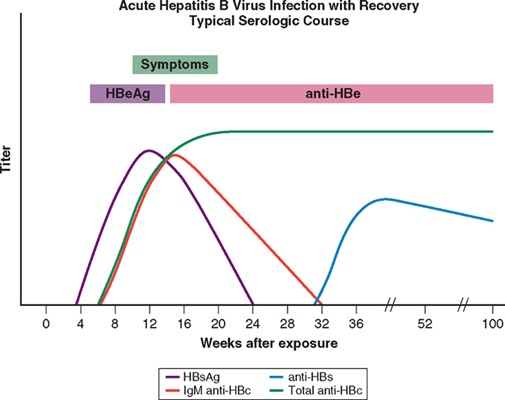 There are six identified strains of hepatitis, each named for a letter. Currently medical science has identified hepatitis A, B, C, D, E, and G. While each strain of hepatitis causes liver damage, hepatitis C is considered to be one of the more destructive strains of the disease. Hepatitis C attacks the liver without the patient’s knowledge, sometimes for decades, until liver damage shows up in routine health care examinations. Hepatitis C is not a sexually transmitted disease, but requires blood to blood transference.

Hepatitis C has no symptoms until after liver damage has occurred, which is exactly what makes it so dangerous. Nearly 3% of the population of the world carries hepatitis C and is unaware. When symptoms of hepatitis C finally do begin to emerge, they are generally flu-like with fatigue, tenderness in the area surrounding the liver, poor appetite, muscle aches, and joint pain. As the disease progresses symptoms such as fatigue, low grade fever, nausea, vomiting, jaundice, and loss of appetite become more prominent.

Hepatitis C is caused by a virus that is passed directly from blood to blood transmission. In very rare cases hepatitis C may be passed through sexual intercourse, but only if blood transmission occurs. In most cases hepatitis C is transferred through needle sharing from intravenous drug use, blood transfusions received before the year 1992, contaminated needles used for body piercing and tattooing, and needle sticks with contaminated needles in the health care industry. A very small percentage of pregnant women infected with hepatitis C pass the virus onto their babies. There is a small percentage of hepatitis C positive cases where no identifying risk factor can be determined.

Risk factors for hepatitis C include intravenous drug use, employment in the health care industry, received hemodialysis for kidney failure, receipt of an organ or blood previously to 1992, or receipt of clotting factors prior to the year 1987.

Testing for hepatitis C can be done with a simple blood test. More physicians are making it part of routine blood tests for patients with any type of risk factors, including tattoos or body piercings. Patients who come back with positive results for hepatitis C often have another blood sample analyzed to determine the concentration of the virus within the blood and also endure a liver biopsy. A liver biopsy can help physicians determine the amount of liver damage so that patients can receive the right form of care.

Complications associated with hepatitis C include liver damage, cirrhosis of the liver, liver cancer, and liver failure. A very small percentage of those with hepatitis C are able to rid their body of the virus without medical assistance, although this is very rare. Most cases end up with liver complications within 20 to 30 years of exposure.

Some patients with hepatitis C are at risk for developing porphyria, which over time leads to skin rashes, often purple and blotchy rashes on the extremities, as well as kidney damage.

Because the side effects of treatment options can be more severe than the disease itself, it is not uncommon for physicians to opt not to treat patients with mild forms of hepatitis C. Not all physicians agree with this approach, as many who begin with mild form of hepatitis C end up with liver or kidney damage as the disease progresses. Some patients opt to wait until their symptoms become highly bothersome to begin treatment.