There are three issues to deal with in autoimmunity reduction.   Eliminate toxins, heavy metals and stealth pathogens.

Third phase is tissue rebuilding with 300 biomolecules and six plus hormones to support stem cell regeneration.

This requires substance of bioavailable nutrients, minerals, amino acids, fatty acids and signal via telomeres to activate mRNA production in the endoplasmic reticulum outside the nucleoplasm of new regenrative structural proteins and enzymes.   If all three phase are accomplished and continue to be support and inciting allergic or scalar signals that incite desstructuve immune behavior and free radicals, autoimmune abates and the person heals target end organs. 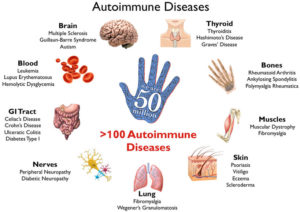 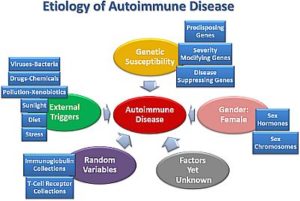