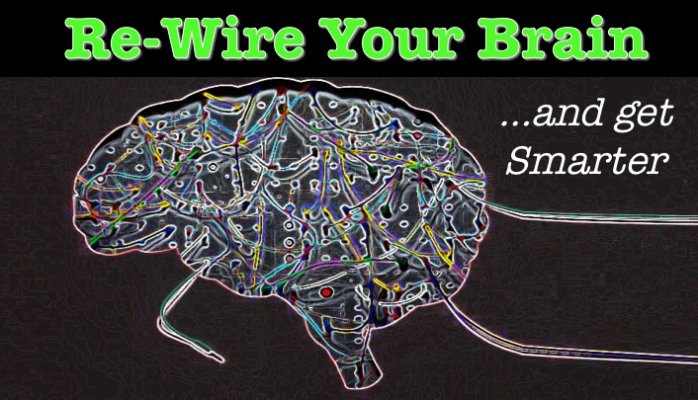 FRANKFURT, Germany — Brainiacs happen to have thinking organs that are physically designed to outperform, a new study finds. A new study finds the brains of people with higher levels of intelligence are simply wired in a way that allows them to better understand and retain information. (Photo by ElisaRiva on Pixabay.com)

Explaining how the brain’s many regions interact with others to varying degrees — think of smaller social groups within broader society— the researchers more specifically sought to understand whether the wiring of certain regions was different among people depending on their level of intelligence.

“This is similar to a social network which consists of multiple sub-networks (e.g., families or circles of friends). Within these sub-networks or modules, the members of one family are more strongly interconnected than they are with people from other families or circles of friends. Our brain is functionally organized in a very similar way,” the researchers explain in a university release.

They found that in more intelligent individuals, two regions associated with the cognitive processing of task-relevant information — the anterior insula and the anterior cingulate cortex — were more tightly connected to other functional areas of the brain.

Meanwhile, an area known as the temporo-parietal junction was found to be less strongly connected to other parts of the brain in these participants, indicating to researchers that intelligent individuals can more easily discern between useless and useful details.

“The different topological embedding of these regions into the brain network could make it easier for smarter persons to differentiate between important and irrelevant information— which would be advantageous for many cognitive challenges,” argues Ulrike Basten, the study’s principal investigator.

Ultimately, the anatomy of a smart person’s brain may also provide them with an increased capacity to focus and avoid distraction.

“We assume that network properties we have found in more intelligent persons help us to focus mentally and to ignore or suppress irrelevant, potentially distracting inputs,” Basten says.

Although the exact causes of differing brain biochemistry are still unknown, the researchers believe that both genetic and environmental factors are likely at play.

If you’d ultimately like a more efficient brain, giving it regular exercise through challenging cognitive tasks might just be what the doctor ordered.