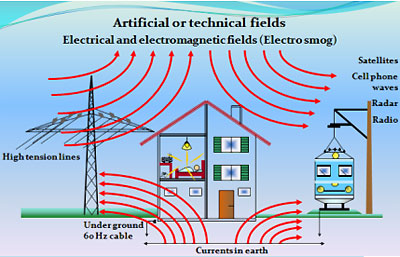 Bees, Butterflies And Wildlife: Research On Electromagnetic Fields And The Environment 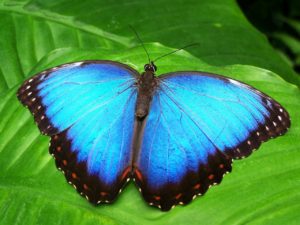 Electromagnetic fields from powerlines, cell phones, cell towers and wireless impacts the birds, bees, wildlife and our environment. Below is just a small example of the critical research that has been done on this issue.

“The electromagnetic radiation standards used by the Federal Communications Commission (FCC) continue to be based on thermal heating, a criterion now nearly 30 years out of date and inapplicable today.”

-The Department of Interior in a 2014 letter on the impact of cell towers on migratory birds.

Manville, Albert M. “A BRIEFING MEMORANDUM: What We Know, Can Infer, and Don’t Yet Know about Impacts from Thermal and Non-thermal Non-ionizing Radiation to Birds and Other Wildlife.” Wildlife and Habitat Conservation Solutions, 2014.

“Cryptochromes are very badly affected by weak oscillating electromagnetic fields that are orders of magnitude weaker than the Earth’s steady magnetic field. This can disrupt both solar and magnetic navigation, which can account for colony collapse disorder in bees.”

Research clearly shows that Bees and Butterflies are sensitive to electromagnetic fields.

Goldsworthy, Andrew. “The Birds, the Bees and Electromagnetic Pollution: How electromagnetic fields can disrupt both solar and magnetic bee navigation and reduce immunity to disease all in one go.” 2009.

“Briefing Paper on the Need for Research into the Cumulative Impacts of Communication Towers on Migratory Birds and Other Wildlife in the United States.” Division of Migratory Bird Management (DMBM), U.S. Fish & Wildlife Service, 2009.

“The potential dangers of electromagnetic fields and their effect on the environment.” Council of Europe Parliamentary Assembly, resolution 1815, 2011.

“Report on Possible Impacts of Communication Towers on Wildlife Including Birds and Bees.”  Ministry of Environment and Forest, Government of India, 2010.

Sivani, S., and D. Sudarsanam. “Impacts of radio-frequency electromagnetic field (RF-EMF) from cell phone towers and wireless devices on biosystem and ecosystem – A Review.” Biology and Medicine, vol. 4, no. 4, 2012, pp. 202–16.

Cammaerts, M.C. and Johansson, O. “Ants can be used as bio-indicators to reveal biological effects of electromagnetic waves from some wireless apparatus.” Electromagnetic Biology and Medicine, vol. 33, no. 4, 2014, pp. 282-8.

Effects of EMFs on other animals:

Magneto-reception in cows and other mammals:

Effects of ELF electric and magnetic fields in (dairy) cows:

Effects of stray voltage in cows:

Effects of radiofrequency fields in cows: